Do Not Be Afraid to use the E Word 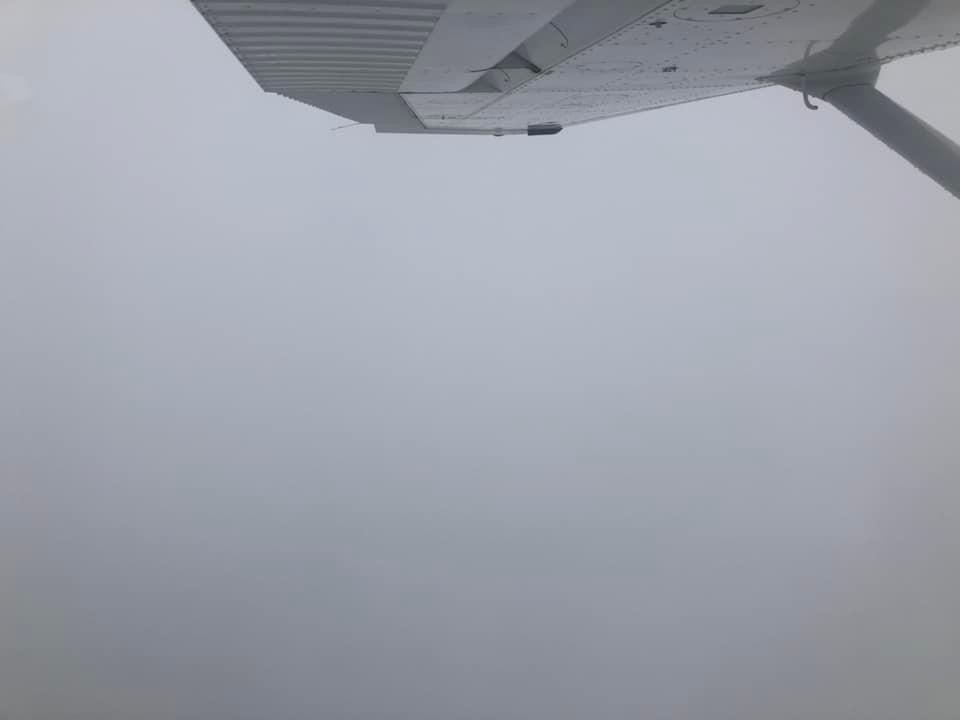 If you fly or show interest in flying please read the story below I wrote while killing some time in the hotel room. I want people to learn from the experience we had below a few years ago. These type of stories while scary are great stories for people to tell to their fellow pilots so they can learn, dont feel afraid to post your experience.

A few years ago Brenna and I were flying from Iowa to Ohio in the Cessna 182 for a R/C event. The flight was just under 4 hours long and we ended up filing IFR on the first leg of the trip due to clouds / light rain. Air Traffic Control gave us 13,000’ altitude. It was summer time and one thing not on our mind was the dreadful I word. ICING. Temperature was just above freezing to start out the trip and while we were on an IFR flight plan, we were in VFR conditions. Midway through the trip we started to get into clouds. I looked out the window and notice we started collecting clear icing on the struts / leading edge of the wing about 20 minutes into the clouds. I looked at Outside Air Temps and notice the temperature dropped below freezing a few degrees since entering the clouds. We let ATC know and asked for lower altitude to get out of the freezing level we found. They denied our request due to Chicago Approach traffic below us. The icing seemed to settle and not build as much, but then we got into light rain which then quickly started to build up a lot of ice. Normally the plane cruises around 135 knots indicated and we started noticing the airspeed to slowly decrease over time and another indication we were getting heavy was the elevator trim for the autopilot was slowly moving to give it more up elevator. I then asked ATC again for lower altitude and again they denied even after telling them about the icing / rain conditions we were in. I finally asked for a vector to get out of the rain as it seemed outside of the rain the ice did not build up nearly as fast. They mentioned in a few minutes I could get 1000 feet lower. They asked which vector I would want and I told them a turn to the north as it look like no rain was there. They gave us the turn. A few minutes in we notice our airspeed has went from 135 knots down to below 100 knots! We turned the autopilot off and started flying the airplane. A few more minutes passed and we were finally allowed to go down another 1000’. Once reaching 1000’ lower we were just right below freezing according to our OAT. Ice continue building and the airspeed was down to nearly 90 knots. In my head I finally started thinking about declaring an emergency, and finally ATC gave us that extra 1000’ and we were out of the freezing level. You could here ice start leaving the aircraft and banging the back of the tail. I had a GOPRO on during this whole trip and sadly once we went into Freezing temps the Gopro screen froze but was still recording. Once out of ice you could hear the ice coming off the airplane and hitting the tail. While this is happening the stall horn was going off constantly. It scared us as we for a second we thought we were getting too slow, but all indications including how the airplane was flying it was not stalling. Later realize the ice jammed the stall horn. Indicated airspeed starting coming back up and we were home free. We finally got out of the clouds and landed at the closes airport as this was a scary moment for us! Looking back we learned we should have declared an emergency a lot sooner! I write this so other pilots on my feed can learn to not be afraid to use the E word while flying! Especially if it is with you dealing with Icing. Icing is no joke and even in the summer time you can get it and it can build fast! Especially if you mix rain in the picture.

On a positive note, we found that flying in Icing and coming out of it will take ALL of the bugs off the leading edge surfaces! Minimal cleaning was needed on the plane after that flight. But in all seriousness do not be afraid to speak up and declare that emergency!